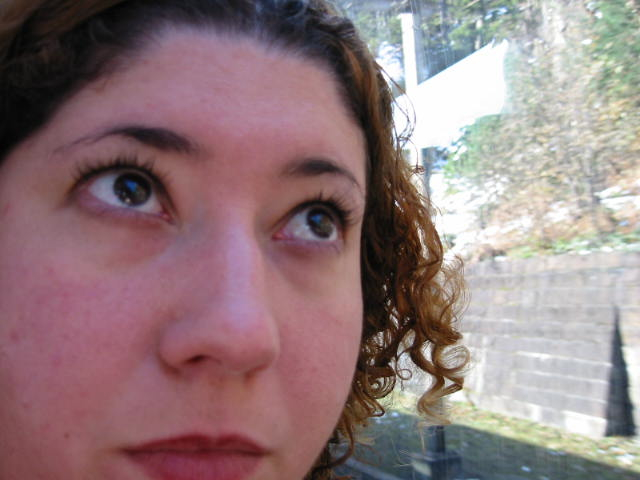 My name is Emily Gumpel Clifton and I have 20 years' experience in post-production. I have edited more than 25 feature films, shorts and television shows.

My first job in post was as an intern on Ernest Dickerson’s film “Surviving the Game” (starring Ice-T, Rutger Hauer and F. Murray Abraham). The fantastic editor, Sam Pollard, recognized my dedication and moved me into an apprentice position. Getting to stand behind him and watch as he worked, trying various takes, lengthening or shortening reaction shots, changing the order of lines, I began to understand the magic of editing. I knew right away that I wanted to do that. I wanted to learn how to tell stories.

After assisting on 35mm features, I began cutting during the emergence of the first-generation Avid. In 1996, as a first assistant and eventually an editor, I developed the workflow for one of the first multi-cam reality shows, Baseball, Minnesota (FX, then Fox Cable). I now work with today’s tapeless HD workflows in both Media Composer and Final Cut Pro.

Technology may have moved on, but the editor’s goal remains the same: to tell a compelling story, keep the audience engaged, and remember that the best cut is the one the audience doesn’t see. I see it as my job to help the director and producer achieve their vision, sometimes in a way that might even surprise them. I believe a good editor doesn’t impose a style, but develops an individual style for each project that best serves the story.

One of the things I love most about editing is the variety of challenges that comes with working on many different types of stories. I’ve edited dramas, mysteries, comedies. Scripted features, verité documentaries, and reality tv. One was a project directed by Russell Crowe on his band's tour of Italy (60 Odd Hours in Italy); a television drama for ABC set in a psychiatric hospital (Wonderland); a verité documentary on a troubled rapper in East New York (Black Picket Fence); and several entertainment shows for Fuse and Vh1.

Click here for details of my teaching work at NYU.

Since 2008, I have taught at the Graduate Film Program at the Tisch School of the Arts, New York University. The graduate course is 3 years followed by a thesis project: I have taught Second and Third Year Editing in both creative and technical aspects. Additionally, I was for three years Head of Post Production for the faculty.

The program is, at its core, intended to give directors instruction in every aspect of filmmaking, and although most students graduate as directors, many end up honing their talents as editors, DPs, or producers.

The curriculum gives students a great deal of latitude in choosing (and then justifying!) their workflows. The filmmakers may shoot on whatever camera they choose. The workflows we create must therefore cover film cameras (16/35mm), tape formats (DV, HDCAM), all flavors of file-based cameras (Sony EX/F3, RED, Arri Alexa, etc) and DSLR “still” cameras from Canon and Nikon, among others. During the course of their film projects, students are required to edit on both Final Cut and Avid, graduating with a good working knowledge of both. Supporting and supervising this array of combinations is always a great challenge.

Though I love teaching the technical side of editing, the most satisfying aspect of teaching for me is workshopping the students’ own films in class. I teach them to think like editors, look critically at their dailies and to edit the film they actually shot, not the film they thought they were going to make. This is not always an easy process, but, for me, is one of the most rewarding aspects of teaching.

This workshopping process goes both ways: it’s helped me refine my own skills as an editor, and helped me better recognize the key components in successful storytelling. I’m constantly learning from my collaborations and interactions with students, as well as the excellent faculty at Tisch.

During this time, I have developed and strengthened the Avid curriculum, making it a requirement for all students to acquire a working knowledge of this editing platform. I also created an archival system for curricular projects. My role at the school has been part post-production supervisor, part technical adviser, part editor ... and part therapist.

Some notable recent alumni of the Graduate program are Cary Fukanaga, whose thesis film Sin Nombre won the directing award at Sundance in 2009; Luke Matheny, whose thesis film God of Love won the Oscar for best short film in 2010; and Debra Granik, whose feature Winter’s Bone was nominated for an Oscar in 2010.